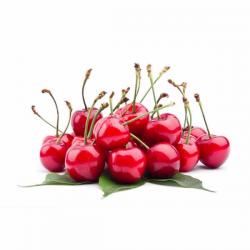 Turkey is the country with the largest area of production , the 11 % worldwide . Followed by the United States , Iran , Italy and Spain .

The first national producer is Puglia in Italy .

Cherries of fresh quality can be found during the following months:

The values are ​​expressed in g . Sources : the database of food nutrition facts USDA ( United States Department of Agriculture ) and the Database of food composition INRAN

Japan made ​​of cherry blossom its national symbol providing an explanation for the pink colour of its flowers : it seems that they were originally white but after the samurai fallen in battle, they were buried under the cherry trees and petals became pink due to the blood of the brave warriors.

This plant gave birth to a rich set of myths in almost all over the world ... remember to make   three wishes when you eat cherries for the first time in the year...

Cherries contain natural melatonin , a substance that promotes sleep. Cherries are a source of antioxidants, which help the body to fight aging caused by free radicals .

Do you want a recipe for cherries? Oreegano , the most advanced community focused on the food , will help ….click here !